When in Rome, you don’t have to seek out the nearest Michelin-star restaurant for good eating. Of course, everyone loves a lobster prepared by a famous chef, but the street markets of the Italian capital whip up equally tasty delicacies every single day. Rome has a strong traditional background when it comes to street food, so even though it’s only recently become trendy to enjoy a slice of pizza hot off the grill while wandering this splendid metropolis, these food-focused folks are way ahead of the game. 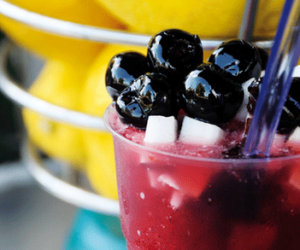 As the city is only a few hours away by plane, jet off to experience some world-class eating. Here are the top things to try during a meander. When you get there make sure you book a good car service in Rome from the airport, this means you’ll arrive in style.

We’ve already mentioned the pizza, but it’s so good in Rome’s numerous street markets that it’s worth bringing it out again. While everyone’s familiar with the traditional slice-on-a-napkin method, the vendors have come up with so many ways to enjoy this tasty dish that you may not recognise a snack as pizza until you taste it. Some are long and rectangular, others entirely golden with a topping on the inside. It’s all down to personal taste as to what is the best to enjoy, but make sure you don’t miss out on this tasty treat.

A unique dish that comes courtesy of Rome’s Jewish culinary culture, you’ll see these little fried-rice croquettes cooking on racks everywhere throughout the street markets of Rome. They generally have a filling of tomato and melted mozzarella – every bit as delicious as it sounds – and to cap it all, they’re very inexpensive. The perfect snack to enjoy between lunch and dinner.

Another commonly-consumed eatable is the fried fillet, or filetti di baccala. Generally cod, these make for a fantastic finger-licking experience, but if you want the full effect without the fish, there are some alternatives. Fiori di zucchina gives a similar fried flavour but with courgette flowers, field-fresh and stuffed with fresh mozzarella.

When it comes to desserts, you just can’t beat the refreshing sensation of grattachecca, which melts beautifully in the mouth and settles comfortably in the stomach. You can only get hold of it in the summer months when the roads are full of stalls selling it. Basically, it’s ice shards scraped from a block with a special tool (not crushed in a blender) and mixed with a variety of toppings including syrup. It doesn’t sound that nice but trust us – your palate will thank you for trying it.

If you’d rather wash your food down with a beverage than a dessert, opt for a beer, which is traditionally served with a lot of street cuisine. It’s particularly good with the pizza and fried food.